OMEGA: the only long-term relationship James Bond ever had, and it’s easy to see why. No other brand has introduced an entirely new escapement for all their movements, nor have they made anti-magnetism as important as accuracy – a necessity in our modern magnet-filled world. The METAS certification that OMEGA applies to all their watches ensures that they are not only accurate to within -0/+5 seconds a day, but also unaffected by magnetism up to 15,0000 gauss. While others have moved slowly to improve, OMEGA continuously pushes the boundaries of technology and design. If you want the most modern mechanical watch, OMEGA is the obvious choice. Check out these options from the shop.

It’s worth remembering that the Speedmaster wasn’t named for the speed of a Saturn V Rocket but for measuring the speed of cars racing around a track. The Speedmaster Racing continues with the earliest traditions of the model line by being all about the legibility of the chronograph. It features larger sub-dials than the Moonwatch, and a ceramic tachymeter scale bezel that makes reading elapsed time and speed a breeze. The textured white dial with black accents is a classic combination that ensures this chronograph won’t go out of style.

James Bond introduced the Seamaster 300M to the world in 1995, but the original Seamaster came out a few years before the first Bond film in 1957. The Seamaster 300 was the OMEGA dive watch that kicked off a central tenet to OMEGA’s lineup. Revived in 2014, the original look had a distinctive vintage styling meant to invoke the idea of the 1957 progenitor. With a thinner bezel than the one found in the 300M, numerals only at the poles, yellowed Super-LumiNova, and the distinctly OMEGA broad arrow handset reminiscent of the 1950s, we can only remark: “goodness.” What’s new is its lightweight titanium case and the modern Caliber 8400 Co-axial movement, just modern enough to bring a classic design up to date.

The modern Constellation comes from the 1982 Constellation Manhattan, a bezel-less integrated watch that was, and still is, a huge hit in the Asian market – but less so in the west. In 2020, the design refresh brought a new 41mm version meant to appeal to a broader audience. With a ceramic bezel and a unique case shape sans traditional lugs, the Constellation sits somewhere between a sports watch and a dress watch, something that would easily be at home in the office or on the pickleball court. This is a watch you pick because you have a distinctive style, a watch for someone who puts thought into every outfit, not for someone who simply goes with the crowd.

What do you use your chronograph for? Whatever the answer is, the Speedmaster Chronoscope will help achieve it. The bezel is a tachymeter that will measure the speed of any object over a known distance. The inner telemetre scale can measure the distance of an object that can be seen and heard, like lightning, fireworks, or even a cannon firing. Lastly, the inner scale on the dial is a pulsometer scale that helps the user quickly measure a person’s heart rate. Of course, the Chronoscope works just as well to time how long the rice has been cooking. The most important part is that no matter how you use the different chronograph scales, the watch will look good while doing it.

OMEGA, Bond OMEGA. Celebrating 25 years of James Bond wearing OMEGA, this 007 edition of the 300M was introduced in 2020. This is the only 300M without a date, something fans of the brand wish was an option on the rest of the line, as it gives a clean look to the dial. The dial also features a lollipop seconds hand, often only seen on older OMEGA Seasmasters, and a yellowed Super-LumiNova that is matched on the bezel to mimic the color that older tritium lume turns to over time. The broad arrow mark just above the 6 o’clock marker is traditionally reserved for watches given to the British armed forces, but OMEGA was given special permission to use it on this watch. The caseback also has the broad arrow, along with numbers that match what would be found on a mil-spec watch that’s issued to service members. The bottom line of text has 007 for Bond and “62” for the first year a James Bond movie was released. This Seamaster is not a limited edition, but OMEGA has said they will discontinue it once the next James Bond movie is released.

If the Speedmaster Professional or any other OMEGA is more your speed, read about them in the HODINKEE Shop.

Facebook Twitter LinkedIn Telegram Pinterest
Previous A Week in Watches Ep. 17: A Speedmaster for Beyond the Moon
Next The Conversation: Cracking The Code 11.59 And Other Watch-Related Mysteries

The Omega De Ville Prestige is the brand’s classic all-rounder. Launched 28 years ago, the model is somewhat overshadowed by the popular Seamaster and Speedmaster but it is an important…

END_OF_DOCUMENT_TOKEN_TO_BE_REPLACED

It’s no secret that next to a deep-rooted passion for watches across the entire MONOCHROME editorial team, most members of the team have a soft spot (to say the least)…

END_OF_DOCUMENT_TOKEN_TO_BE_REPLACED 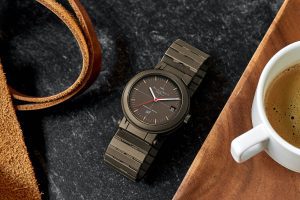 END_OF_DOCUMENT_TOKEN_TO_BE_REPLACED

The Piaget Polo is one of those models that seems like it was always destined to be a bit of an underdog within the industry. As the lone sports watch…

END_OF_DOCUMENT_TOKEN_TO_BE_REPLACED 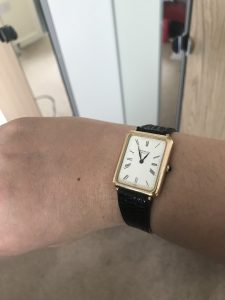 The Cartier Tank. An iconic dress watch born from WWI and the mind of Louis Cartier. The Tank watch has blasted through its history becoming an iconic watch worn by…

END_OF_DOCUMENT_TOKEN_TO_BE_REPLACED