Early modern clock and watch dials mirrored changes in the wider intellectual and cultural context of which they were inextricably a part. At the October 3, 2022 lecture of the Horological Society of New York, Dr. Jane Desborough, Keeper of Science Collections at the Science Museum in London, will chart the significant changes that dials underwent in the period from 1550 to 1770, highlighting the many factors that eventually led to a more-or-less uniform design being adopted by 1770. This 220-year journey of development was a fascinating one in which different attributes of dial design were introduced to meet a particular user demand, such as the touch-pins which were added to help partially-sighted users and which were then discarded once alternative aids became available. It is, therefore, the discarded elements that did not secure a place on the uniform design that are the most interesting.

Multiple forms of lunar calendar and astronomical symbols, for example, were highly significant to both makers and users during the late-sixteenth and seventeenth centuries, but eventually either disappeared entirely or survived on only rare examples. Comparing dials with contemporary texts and diagrams enables us to identify the influences that led to these changes. Clock- and watchmakers of the past were, after all, inextricably part of the wider context of experiment, knowledge formation, and exchange which characterized the early modern period. Highly literate, highly skilled, and an integral part of wide-ranging and highly-connected networks, early modern clock- and watchmakers played an active role in disseminating, validating, and discrediting ideas and practices. This was evident in their dial designs.

Dr. Jane Desborough is Keeper of Science Collections at the Science Museum in London, where she is responsible for the Museum’s Time Measurement Collection. She is author of The Changing Face of Early Modern Time, 1550-1770, based on her Ph.D. research, and co-author of Science City: Craft, Commerce & Curiosity in London 1550-1800.

The October 3, 2022 lecture will be held at the General Society of Mechanics and Tradesmen, and will be live-streamed via Zoom. The lecture will take place in person in the General Society’s Assembly Room, located on the first floor of the building due to renovations in the General Society Library. Seating is limited and available via RSVP on a first-come-first-serve basis. The General Society is located at 20 West 44th Street, New York, NY, 10036. Free tickets are required to attend in-person, and online. Doors open at 6 p.m. ET, lecture and Zoom livestream to begin at 7 p.m. ET. All HSNY lectures are free, open to the public, and recorded. Recorded lectures are made available to HSNY members immediately, and to the general public with a two-month delay.

HODINKEE is a sponsor of the Horological Society of New York.

Facebook Twitter LinkedIn Telegram Pinterest
Previous Interview – Jean-Claude Biver And Norqain CEO’s Ben Küffer Talk About Their Collaboration And The Launch Of The Wild ONE
Next Mühle Celebrates 20 Years of the S.A.R. Rescue-Timer with New Mission-Timer TITAN

Start your engines. We’re about to dissect in detail the TAG Heuer Formula 1 Automatic 43mm in this review.

END_OF_DOCUMENT_TOKEN_TO_BE_REPLACED Although boutique haute horlogerie brand Greubel Forsey has built a variety of truly spectacular designs over the years, few elements stand out as vividly from the brand’s lineup as the…

END_OF_DOCUMENT_TOKEN_TO_BE_REPLACED 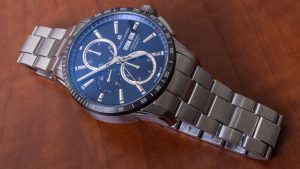 I’ve had the fortune of reviewing many generations of Maurice Lacroix Pontos watches, including dressier Pontos models and sportier Pontos S collection pieces. I think it is important to say…

END_OF_DOCUMENT_TOKEN_TO_BE_REPLACED 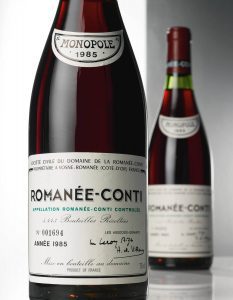 There is one wine producer that has taken on almost mythical status in recent years: Domaine de la Romanée-Conti. And one of its wines, Romanée-Conti, stands out above all others.…

END_OF_DOCUMENT_TOKEN_TO_BE_REPLACED