James Mangold is a hot name in Hollywood at the moment. He directed such hit films as Walk the Line (2005), Logan (2017), and Ford v Ferrari (2019), but the reason he’s been in the press of late is that he’s the director of the forthcoming fifth installment of the Indiana Jones franchise. His past work is always high quality, often tackling serious topics or turning a superhero film on its head. And so when I decided to cover the 2010 action comedy, Knight and Day, I was shocked to see his name as director. It’s admittedly not his best work. Rather, it’s your pretty standard-fare popcorn romp that puts A-listers Tom Cruise and Cameron Diaz on the silver screen. It’s a story that mixes romance, espionage, and a certain iconic dive watch together. Oh, and those 40mm of stainless steel are on Diaz’s wrist, not Cruise’s.

Earlier this summer, it was reported that Cameron Diaz would be coming out of acting retirement to star in an upcoming Netflix film with Jamie Foxx. While I honestly did not notice that she was retired in the first place, I found this reason enough to dig a film out of the archives that features her wearing a pretty killer timepiece.

And that film is Knight and Day, which follows Cruise’s character, Roy, on the run from the CIA after stealing a high-powered battery. He serendipitously has a run-in with Diaz’s June, at which point she gets mixed up in the world of counterintelligence, gunfighting, and Tom Cruise-piloted airplanes. There’s really no other way to describe this than a shut-your-brain-off-for-90-minutes and stare at the two movie stars doing movie star things … movie.

If you’re into watches (which, judging by the fact that you’re here – I’ll take a leap of faith that you are) I have another thing for you to stare at: the Rolex Submariner – what appears to be a ref. 16610 – on June’s wrist throughout the movie.

The 16610 reference is an interesting one because it arrived in the late 1980s, around the same time that we saw Rolex update the Daytona and Explorer with more modern iterations – only the Sub didn’t change that much from a design standpoint. The new Sub solidified the brand’s direction toward luxury with the glossy black dial and markers with white gold surrounds. Featuring the date complication and the iconic cyclops magnifier, this was a reference that took the aluminum bezel Rolex Submariner Date into the ’90s, through the aughts, and right up to the new modern ceramic variations. To put it simply, it’s kind of a big deal.

In Knight and Day, June plays an auto mechanic, a trade she picked up from her late father. So she is very much into mechanical things, and how they work. The amount that she wears her Submariner in the film indicates that it’s very important to her – an heirloom, even. Submariners are iconic for a reason, the kind of watch that gets beaten up over time, that wears the scars of the experiences it goes through but keeps ticking, regardless. I appreciate that this level of thought went into the choice of watch for Diaz’s character – or at least I hope that was the case. In any event, it suits her character, heirloom or no heirloom.

Early in the film, we see Roy’s chance encounter with June at an airport where they are both en route to Boston. It appears that Roy is following her around, keeping a watchful eye – only we don’t know why. She is lugging around a massive suitcase full of “valuables” (as she puts it). We then see her at security, speaking to a TSA agent going through her bag, which we then learn is full of car parts. As she describes each part in detail [00:03:40], we get a wide shot of her with her recognizable Submariner on wrist. As an aside, there’s no way any TSA agent would let her take those things on-board an airplane. Just saying.

Let’s just say the flight to Boston doesn’t quite go as planned. June thinks she’s falling in love with a sweet guy on an airplane (Roy) and the next thing she knows, that man has fought and killed everyone on-board because they were trying to kill him. He then crash-lands the commercial airliner in a cornfield, and drugs her – but not before instructing her on how to remain safe should anyone come after her. She passes out, and wakes up in her bed, with a bottle of Excedrin on the nightstand and a sticky note from Roy, expressing how nice it was to meet her. As she sits up in bed [00:20:27], unsure if everything had been a dream, we see the 40mm Rolex dive watch, reassuringly familiar.

Knight and Day (starring Cameron Diaz and Tom Cruise) is directed by James Mangold with props by Kris Peck. It is available to stream on Paramount+ and to rent or buy on iTunes and Amazon.

The HODINKEE Shop features pre-owned and vintage Rolex watches. For more information about the Rolex Submariner, visit the brand’s website. 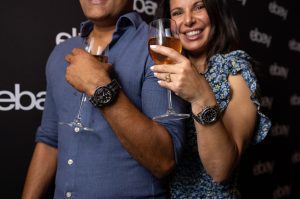 Sponsored post presented on aBlogtoWatch for advertiser Despite being a company that was originally founded upon the premise of online auctions and completely digital transactions, eBay has increasingly been exploring…

END_OF_DOCUMENT_TOKEN_TO_BE_REPLACED The 2022 GPHG Artistic Crafts finalists include some unique pieces, some small series pieces, and one comparatively large-volume piece (of 100 examples) by a bigger producer. All are beautiful and…

END_OF_DOCUMENT_TOKEN_TO_BE_REPLACED

For this episode of aBlogtoWatch Weekly, everyone has returned from their recent travels, so it’s back to our usual trio of hosts with Ariel, Rick, and David, who are joined…

END_OF_DOCUMENT_TOKEN_TO_BE_REPLACED

Today The Petrolhead Corner is turning to the virtual automotive world as the origin for real-life, working and driving cars. If you’re anything like me, you would have spent a…

END_OF_DOCUMENT_TOKEN_TO_BE_REPLACED 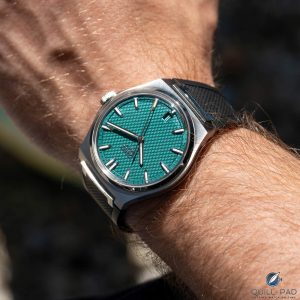 END_OF_DOCUMENT_TOKEN_TO_BE_REPLACED

In the ever-growing world of accessible automatic watches, several options offer to you. You can go adventurous, by looking at newcomers, the so-called micro-brands launching collections thanks to crowdfunding. Or you…