They call it the “Land of Fire and Ice.” Bursting with red hot volcanoes and rich blue glaciers, not to mention mysterious valleys of waterfalls and hot springs, Iceland turned out to be just as magical as you have likely already heard. The Bulova 96A282 A-11 Hack became a fitting companion for our hours of off-roading—and with an 11PM ‘sunset,’ we certainly needed something to keep us on-schedule so we could pack every waking moment with more and more memory making.

Not only do I have an A-11 of my own, I already had a trip in the works to celebrate an anniversary in Iceland with my wife, some friends, and a Land Rover Defender 110. As I did my typical research for packing purposes, it became clear that I’d need to bring a very specific selection of gear in order to make the most of this trip.

You can count on two things in Iceland in August, sun and rain. With 18+ hours of daylight you need stellar sunglasses, like my classic Demi-Tortoise BluBlocker aviators. And between a few rainy days, your daily share of waterfall mist, and very high winds, you also need head-to-toe rain protection. That means a rain jacket, rain pants, and heavy duty waterproof boots. I brought along a pair of GORE-TEX laden, somewhat ironically-named Vasque Sundowners, and wore them constantly. The result was warm and dry toes, which were a luxury after splashing through streams and lagoons to find hidden waterfalls or get that ideal iceberg shot.

Iceland’s topography and weather vary dramatically from its shores and peninsulas to its highlands and alpine tundra. Thanks to the simplicity of the A-11’s dial and case, it can slip seamlessly into every environment. It comes out of the box with a brown two-piece military-inspired strap. This perfectly complemented our time on the Snæfellsnes Peninsula, where we began our Icelandic adventure.

Besides the all-night sunset, the highlight of this western peninsula is Snæfellsjökull National Park, where you turn down any dirt road and it inevitably becomes a much rockier road that’ll likely lead to a waterfall. A Rover certainly helps with these extracurricular off-road expeditions.

Despite Iceland’s west coast sunlight, a mission critical piece of kit, especially for us bald-yet-beautiful types, is a knit beanie. I brought two; my Topo Designs Ragg Cap and my red Filson Watch Cap. Not only do they keep your noggin warm in wind and rain, a beanie unfolds to a perfect sleep mask for the midnight sun.

As we moved from Iceland’s west coast into the Highlands, I also moved my A-11 from its two-piece factory strap to an 18mm ADPT Strap in Forest. Thanks to its drilled lugs and the fact that I brought along my handy-dandy Worn & Wound Strap-Changing Multi-Tool, quick strap swaps are a cinch.

In the Highlands, dirt roads are called F-roads, which means they require specifically rated vehicles and you’re likely to be fording rivers. Our Rover was equipped with a snorkel and my A-11 came equipped with a double-domed sapphire crystal and 50 meters of water resistance—so deep water driving and hot springs seeking in the Landmannalaugar region were both on the day’s agenda.

Our last few days in Iceland’s Vatnajökull National Park area required constant use of our rainsuits. You’d pull it all on in the morning and hang them to dry at night. But between glacial hikes, iceberg beaches, and hidden waterfalls, donning more gear was a small price to pay. Oh, and when driving a 30-year-old Rover, always have a kerchief handy to wipe condensation from the inside of the windows.

Overcast days are where the iceberg blue dial of the Hack watch shines. Water abounds in Iceland and in most cases their heat is provided by natural geothermal activity. Fortunately, nearly all of our accommodations also had hot tubs. This was a welcome addition to those colder, damp days.

Iceland’s long-lasting summertime polar daylight is disorienting, yet invigorating. So after a week of packing in as many hours of adventure as possible, we were finally beginning to feel ready to go home. We capped off our trip with dinner in Reykjavík. Thanks to the A-11’s coin edge bezel, this simple mil-spec style watch also feels right at home in more sophisticated settings.

Immediately following dinner we learned that our flight home had been canceled, giving us an unexpected extra day in Iceland. After half a day of wrangling logistics, we found ourselves sitting in an airport hotel room and realized we were only 30 minutes away from an active volcano. After some deliberation, we determined to make the 8 mile round trip hike to the flowing lava fields in the nearby Meradalir valley.

We geared up quickly and just as we were about to leave, I decided to make one final strap change. I pulled off the Forest ADPT strap and replaced it with one in Rust–and I was so glad I did. The strap, and the boiling lava for that matter, made the A-11’s red second hand stand out to me in a way that it hadn’t throughout the whole trip. This final day made it abundantly clear that Bulova’s A-11 Hack is clearly a great watch for the Land of Fire and Ice.

The post Tool/Kit: Exploring Iceland with the Bulova A-11 Hack appeared first on Worn & Wound.

Versatility is what brings a certain degree of joy to us all. At least, that’s how I imagine it to be, both in life and in watches. Each and every…

END_OF_DOCUMENT_TOKEN_TO_BE_REPLACED A full fledged eBay Finds is back! This bi-monthly installment will feature a selection of watches currently listed on eBay that have caught the eye of editor Christoph McNeil. If…

END_OF_DOCUMENT_TOKEN_TO_BE_REPLACED 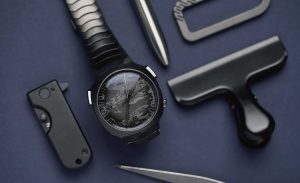 Hype collaborations have reached a fever pitch in recent years, and while they may be nearing a jumping of the shark moment, there’s some interesting and rather unexpected stuff being…

END_OF_DOCUMENT_TOKEN_TO_BE_REPLACED 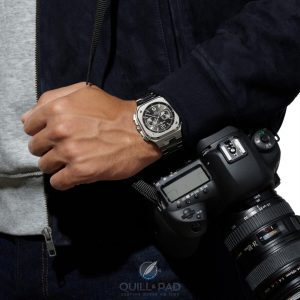 Bell & Ross turns its aviation watch “DNA” toward the urban man. Chris Malburg spent a week with the BR 05 with gray dial in stainless steel and has a…

END_OF_DOCUMENT_TOKEN_TO_BE_REPLACED 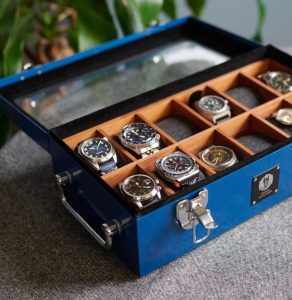 The post The Roundup: Storing Your Watches in Style, An Exciting New Release, and Lighting Up the Night appeared first on Worn & Wound.

END_OF_DOCUMENT_TOKEN_TO_BE_REPLACED

In all its 174 years of existence, if you take its origins as La Generale Watch Co. into consideration, Omega has left a profound impression on the watchmaking industry. With…